The Grateful Dead’s Phil Lesh and the CSM Jazz Band

The story below originally appeared on ShowTheShow.com and is being reprinted with permission. 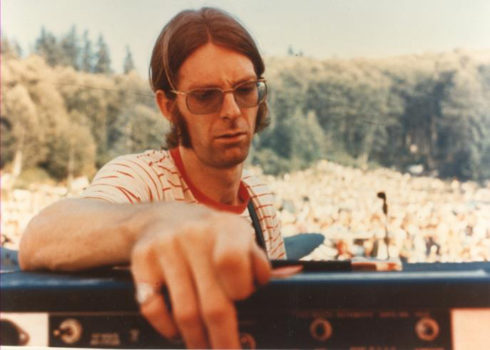 As a founding member of The Grateful Dead, Lesh is well known for his virtuous bass playing and ability to improvise, but before he started that long strange trip he spent many years studying music. You can listen to a rare recording of Phil Lesh on trumpet with San Mateo College Jazz Band from April 4, 1959.

Lesh began his musical journey on violin before moving on to the trumpet in high school, which eventually led him to the College of San Mateo. There he expanded his musical vocabulary and chops on the trumpet, eventually making first chair. After a short stay at San Mateo, Lesh enrolled at UC Berkeley which eventually led to him meeting future band mates Tom Constantin and Jerry Garcia. In fall 1964 Garcia asked Lesh to join his new rock band The Warlocks, which would eventually evolve into The Grateful Dead. The rest, you could say, is history.

If you didn’t already, be sure you check out the rare recordings online!

This entry was posted on Friday, December 8th, 2017 and is filed under Alumni, Community, Headline, Music. You can follow any responses to this entry through RSS 2.0. You can leave a response, or trackback from your own site.