Boryana Straubel Graduated from CSM in 2008 with an associate’s degree in liberal studies with President’s Honors and transferred to University of California, Berkeley, graduating with a BA in economics in 2010. She says, “My time at CSM was transformational and life-changing.”

Straubel was part of Phi Theta Kappa, a platform that enabled her to lead various social change projects. She was also a member of the Honors Society, taking various honors classes that led to leadership initiatives, research projects, and internships. At Cal, she also founded the German Club. 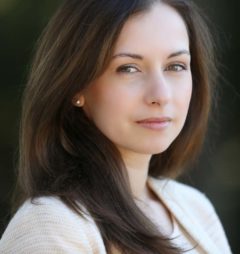 She draws inspiration from three major sources: Her past, her family, and the mentors she has had in college and at work. She is motivated by the idea of paying forward the support that she has received in the past.

This entry was posted on Friday, May 11th, 2018 and is filed under Alumni, Community, Events, Headline, Student Success. You can follow any responses to this entry through RSS 2.0. You can leave a response, or trackback from your own site.