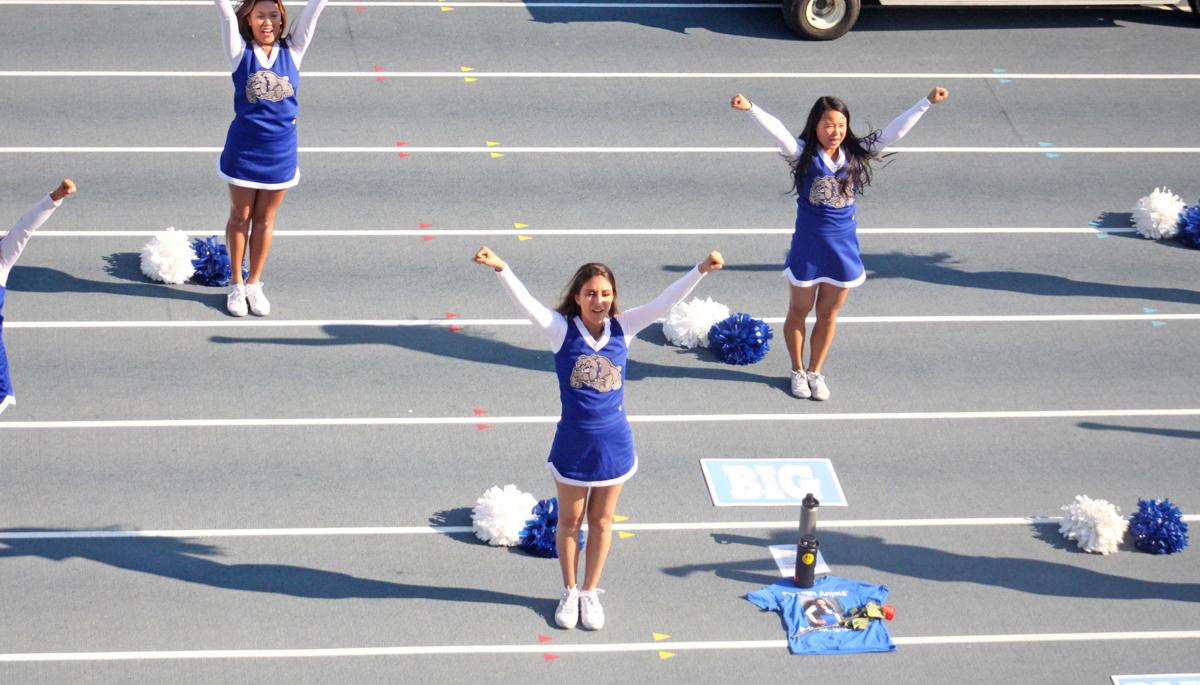 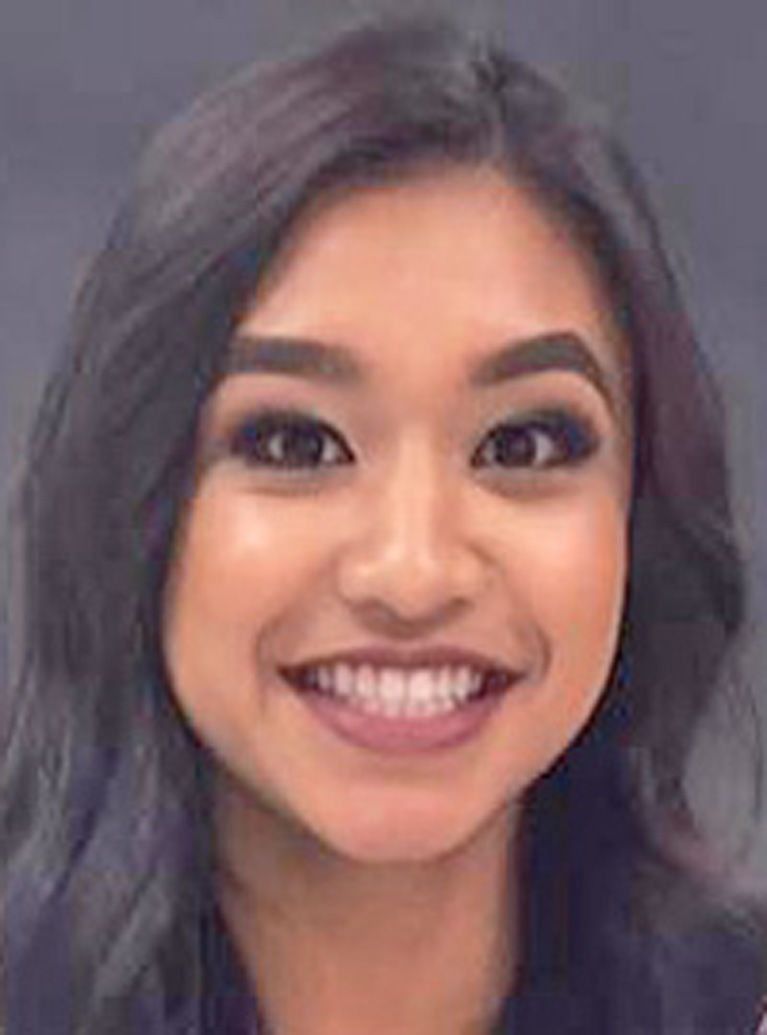 Soto, 20, was killed Monday, Oct. 15 in a car crash on Interstate 280 north near Edgewood Road in Redwood City. A cheerleader at San Jose State University, she left campus in the early morning hours following a SJSU football game when her 2009 Toyota Corolla drifted off the road. She was not wearing a seatbelt and was ejected from the driver’s seat. Soto was the lone occupant of the car. She was pronounced dead at the scene.

A 2016 graduate of SSF, Soto was a cheerleader at both CSM and De Anza College before transferring to SJSU. At CSM football’s regular-season finale Sunday, the CSM cheerleaders honored Soto with a temporary memorial in their cheer area, a vigil they’ve held during both CSM home games since her death.

“She was a daredevil. She loved everything and anything. She was the funny one out of the group. She made everyone more alive.”

At the South City-El Camino football Bell Game played Nov. 3 at Ray DeJong Field, a moment of silence was held for Soto prior to the start of the varsity game, which was dedicated in her honor. The El Camino and SSF cheerleading squads lined up and held hands in a rare showing of solidary in the contentious atmosphere of the annual rivalry game.

“We reunited as a city,” SSF cheer coach Donna Riguero said. “The cheerleading world is not very big … so all of us grew up together and it was a very special moment we were able to share for Anjela.”

Soto was a varsity cheerleader at SSF for three years, and took on a distinct leadership role as a senior during the 2015-16 school year. Prior to Riguero taking over as coach of the cheer squad in 2017, the program was coached by Alex Boese.

Prior to Boese taking over, the cheer squad was without a coach for several months through the fall and winter of 2015-16, according to Riguero. Soto was one of several seniors who helped organize events, such as cheering at the Bell Game and Friday night quad basketball games. Riguero said those efforts kept the SSF cheer program alive.

“If it wasn’t for those seniors, I wouldn’t have had a program to take over,” Riguero said.

Soto carried her knack for leadership to CSM, where she not only cheered for one year, but also served as one of the primary choreographers for the squad. 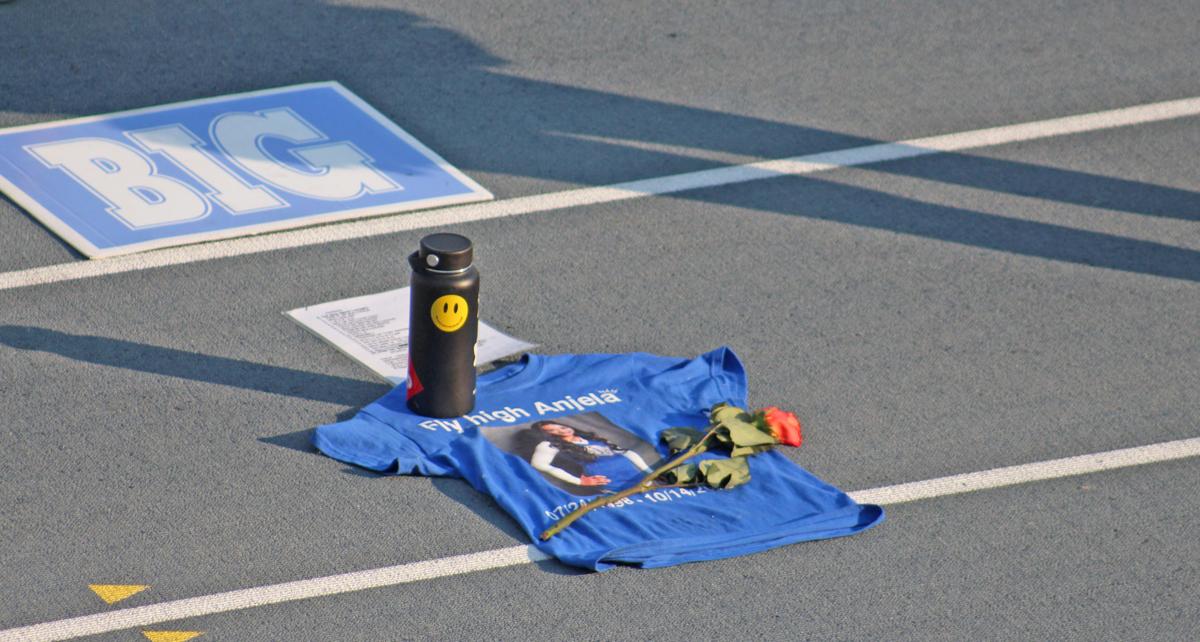 Several cheerleaders who were part of the club roster while Soto was there were in uniform Sunday. CSM cheerleader Danielle Daniels said one of her favorite routines choreographed by Soto was set to the Rihanna song “Work.”

“She knew how to dance and she choreographed all our dances,” Daniels said. “She was really good at putting things together. She was really willing to do things.”

A funeral service for Soto was held Thursday, Oct. 18.

“It was a really big turnout with her teammates … and coaches and teachers,” CSM cheerleader Joyce Khoury said. “It was sad because she was so young. … We’re all so young, you never think you’re going to lose a friend.”

This entry was posted on Wednesday, November 14th, 2018 and is filed under Alumni, Athletics, Headline. You can follow any responses to this entry through RSS 2.0. You can leave a response, or trackback from your own site.