The Bulldogs almost let their season slip away. Then came the kind of emotional victory that can define a team of destiny.

No. 7-seed College of San Mateo (30-12 overall) rallied for four runs in its last at-bat for an 11-10 win over Sierra College in the winner-take-all Game 3 of a best-of-three opening playoff series Saturday at Bulldog Stadium. 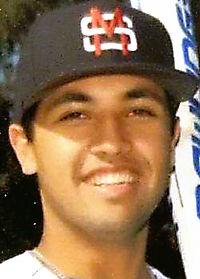 But that’s only half the story of a surreal ninth inning. CSM went into the top of the inning with a 7-2 lead, only to see Sierra send 13 batters to the plate to stun the Bulldogs with an eight-run rally. But the ’Dogs responded with a comeback of their own — a two-run triple by Alec Ackerman then a game-tying double by Sean Prozell — culminating in a Cole Sperling RBI single to deliver the walk-off win.

“It was crazy,” said Brett Karalius, CSM’s starting pitcher. “I’ve never seen a game like that in the ninth. It was unbelievable.”

Sierra (30-12) had already overcome CSM once Saturday afternoon. After the Bulldogs’ 4-3 win in Friday’s series opener, Sierra — playing as the home team at Bulldog Stadium in Game 2 — overcame a late deficit in Saturday’s early game for a 4-2 win, scoring individual runs in the seventh and eighth to tie before Matt Lopez capped a walk-off win with a two-run home run in the bottom of the ninth.

Game 3 was a ninth inning of a different color, though. Karalius marched out to the mound to start the inning after holding Sierra in check, having allowed two runs on eight hits to that point.

“I was feeling good,” Karalius said. “I thought I could finish it.”

But Sierra’s Brandon Motheral opened the inning with a single, Lorenzo Debrecht reached on an error by third baseman Justin Torres, and Kenny LeBeau socked an RBI single to close the score to 7-3. That ended the day for Karalius, who was still feeling confident despite departing with the potential tying run coming to the plate.

“I came out and I had faith in the bullpen,” Karalius said. “So, I was fine, like: ‘We’ve got this.’ It ended up getting closer and closer. I was in the dugout like: ‘Are you kidding me?’”

Sierra batted around against four CSM relievers — Zach Button, Carlo Lopiccolo, Nino Bartolome and Justin Prince — with Lopez again playing the hero, delivering a three-run home run off Lopiccolo to give the Wolverines an 8-7 lead.

Prince finally got the Bulldogs back in the dugout facing a 10-7 deficit and No. 2 batter JJ Ota due up.

“We knew that we could easily come back with the guys we have and the pride we have,” Sperling said of a CSM offense batting .301 as a team this season. “We’re not going to give up.”

Ota grounded out to open the inning. Sierra wouldn’t record another out in 2019.

Danny Carnazzo and Torres singled back-to-back, and Ackerman drove them both home with a triple to put the tying run at third with one out. Prozell delivered a bolt double to center to tie it up. Then, with first base open, Sierra intentionally walked right-handed hitting Anthony Flores to bring up the lefty Sperling, despite having a right-handed reliever in Takashi Umino on the bump.

“I had no doubt in my mind that I was going to do it,” Sperling said. “I wanted it. I was happy they intentionally walked [Flores].”

Sperling found himself in a quick hole. Umino painted him with two straight fastballs, both on the outside of the plate. Sperling said he was looking for something he could pull and got it two pitches later when Umino’s 1-2 offering missed right over the heart of the plate.

With the speedy Andrew Howard having previously entered as a pinch runner at second for Prozell, it was an easy score when Sperling ripped a line-drive single to right.

“It was crazy,” Sperling said. “So many things were going through my head. I was so excited for the team. It was a real team effort.”

Sperling — a freshman out of St. Francis-Mountain View — wasn’t a starter in either of Saturday’s games. He entered as a sub in Game 2 and took a walk in his only plate appearance. He finished Game 3 going 1 for 2 with the game-winning RBI and a dog-pile in the middle of the diamond to his credit.

“Everyone just smashed me,” Sperling said of finding himself at the bottom of that dog-pile.

The victory was win No. 30 on the year for CSM. It marks the second time in three years the Bulldogs have reached the plateau, after just missing the mark last season with 29 wins.

This entry was posted on Monday, May 6th, 2019 and is filed under Athletics, Baseball, Headline. You can follow any responses to this entry through RSS 2.0. You can leave a response, or trackback from your own site.