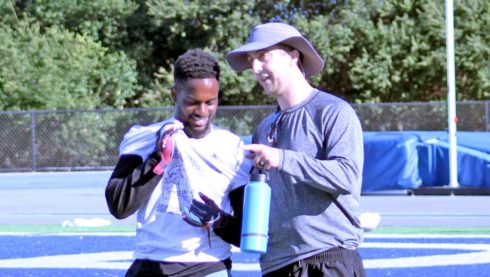 After a long battle with leukemia and 13 months of treatment at Kaiser Permanente Redwood City Medical Center, Dovenberg’s 30th birthday was anything but ordinary.

Now in remission, Dovenberg returned Monday to CSM for the Bulldogs’ first official practice of the upcoming 2019 season. He was met by a rousing welcome prior to taking the field when he walked into the team meeting room.

This entry was posted on Thursday, August 8th, 2019 and is filed under Athletics, Football. You can follow any responses to this entry through RSS 2.0. You can leave a response, or trackback from your own site.