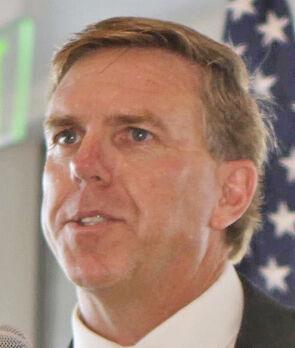 The players on the College of San Mateo football team are not limited to their position coach or the coaching staff. Their coaches extend to the classroom as well.

These academic “coaches” at CSM have helped turn athlete-students into student-athletes.

“The two are very closely related,” said CSM athletic director Andreas Wolf. “There is a strong correlation between athletic success and academic success.”

So when one sees that the Bulldogs have become one of the top community college football programs in the country, one need only to look at the success that has happened in the classroom. Tuesday, the school announced that the team grade-point-average for the summer session was 3.31. This on the heels of a 3.24 spring GPA.

“All our guys take summer school. We want these guys getting ahead in the classroom, getting the opportunity to graduate early. It increases their stock. It helps with transfer opportunities,” said Tim Tulloch, CSM head coach. “Four-year recruiters want the complete package (in a student-athlete). … We’ve always been student first. We’re really a transfer program that just happens to play football. It’s not all just about ball.”

The turning point was the creation of the “Writing in the End Zone” class — an English program developed by both members of the school’s English department and the CSM coaching staff. It focuses on underperforming groups, notably Black and Pacific Islanders, who then work in small groups to grasp the concepts necessary to move on in their academic careers and their lives.

“Back in the day … we didn’t have very many graduates in the program, so the GPA was not very good and the athletic success wasn’t very good,” Wolf said.

“Instead of starting with Shakespeare … they start with a book authored by a coach,” Wolf said. “Then transition into Shakespeare and the things you learn in an English classroom.”

“I was a victim of this (during my college career). Professors, they were always kept at arms’ length,” Wolf said. “The goal is to break that barrier down and [the professors] want to be approachable.”

To that end, it’s not unusual to see a member of the English department sitting in on team meetings and attending games — nor is it weird to see a football coach sitting in during English class.

The “Writing in the End Zone” program has been so successful, CSM has implemented a math unit that works in the same way and is offering, for the first time this year, a female-only academic cohort. The students take the successes gained in these classes and transition them to their other classes.

“We found a lot of female student-athletes are leaders on the field, but oftentimes will take a backseat in the classroom,” Wolf said. “’Voices in Action’ is an empowerment tool. When you get all women in a classroom, they may speak more candidly. … There are times subject matter is sensitive and my not feel inclined to talk about that in a classroom setting.”

Wolf said those involved have been asked to share their program with other schools and are often asked for the “recipe” to success.

To Wolf, it’s more than just having a system.

“It’s not necessarily the recipe (that makes it work). It’s the people you have mixing the ingredients,” Wolf said. “We have the right people working for us. … I think it’s extremely important to have that (student-teacher) rapport right away. The rapport a student-athlete has with their coach is what we’re trying to create (with their professors).”

For many football players, the game is what keeps them in class. With the fall season postponed and questions still lingering if a season will be played in the spring, it would be easy for players to slack off.

But not the Bulldogs.

“We spent the first two weeks before classes started … teaching guys how to participate (in remote learning classes), how to turn in assignments online. How to navigate the system,” Tulloch said. “(Remote learning) isn’t going anywhere. We better know how to do it.

“Our guys are crushing it.”

This entry was posted on Wednesday, September 9th, 2020 and is filed under Athletics, Education, Football, Headline, Programs, Student Success. You can follow any responses to this entry through RSS 2.0. You can leave a response, or trackback from your own site.