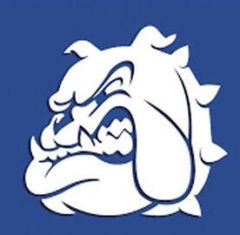 The 100th season of sports at College of San Mateo gets officially underway Friday morning (Aug. 27) when the cross country team opens its season at the Crystal Springs Early Bird Invitational.

The men’s and women’s 2.95 mile regional races will take place at CSM’s Crystal Springs National Cross Country Course in Belmont, starting at 10 a.m. with the women’s race. Men’s race is scheduled for 10:45 p.m. The event is co-sponsored by De Anza College.

CSM fielded its first sports team, football, in the fall of 1922, the year the college began classes in San Mateo. There will be several events throughout the year leading up to that 100th birthday.

The 100th football season gets underway Saturday, Sept. 3 with a 5 p.m. game at Santa Rosa. The first home football game of the 100th season will be on Saturday, Sept. 10 at 1 p.m. against College of the Sequoias.

This entry was posted on Wednesday, August 25th, 2021 and is filed under Athletics, Cross Country, Football, Volleyball. You can follow any responses to this entry through RSS 2.0. You can leave a response, or trackback from your own site.