By Sierra Lopez in Community, Headline

Two candidates are vying for an open seat on the San Mateo County Community College District Board of Trustees with one offering decades of community knowledge to the position and the other a fresh perspective.

Michael Makstman, the chief information security officer for the city and county of San Francisco, is running against former Daly City Councilmember Michael Guingona for an open seat on the college board. Both candidates bring with them an understanding of government operations and financing but offered differing views on how the college district should be led.

For instance, the candidates diverged slightly on how focused the district should be on providing housing. Makstman argued that officials should focus on three key priorities to uplift staff and students — reducing financial barriers, renovating existing facilities and offering teachers greater support. 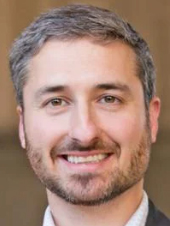 “Housing is important. I don’t want to say it’s not important but there’s more conversations to be had,” Makstman said. “I want to really understand what are the needs for housing and to make sure the funds are used appropriately.”

Guingona, on the other hand, said the district should “put its money where its mouth is” by investing in affordable housing developments now when its finances are stable. Through strong collaboration, Guingona said the district could source enough funding to establish some housing near the district’s three campuses.

“I think we don’t risk not staying in our lane by doing this,” Guingona said.

Both candidates agreed that housing could be a good incentive for drawing in and retaining quality staff given how expensive the area is, but Guingona also argued for offering more attractive salaries.

Makstman, who noted the COVID-19 pandemic greatly disrupted the teacher workforce, proposed the district could establish a pipeline in which those interested in entering the profession can receive early career training at one of three campuses.

Early career training for a number of trades were an agreed upon top priority for the candidates. Makstman argued that by offering students a greater breadth of courses that will build up high-demand skills, the district could also boost its dipping enrollment.

Guingona, on the other hand, suggested a focus on programming and the trades is actually a top budgetary issue, arguing that the district should be investing in courses students are actually interested in taking.

Alternatively, Makstman said his top budgetary concern, if elected, would be bracing the district for a looming economic downturn by shoring up reserve funds and looking for areas to boost efficiencies.

“Yes, the situation is positive right now but as we also anticipate that the economy takes a downturn, on a local level we’ll also see a reduction in revenue,” Makstman said. “I think it’s important to look at how we insulate ourselves from that potential.”

Despite their differing views on budgeting, Makstman and Guingona stressed their interest in reducing financial barriers for students such as doing away with enrollment fees, which they said could encourage more students to enroll.

Both also spoke of how they would help rehabilitate community trust in the district after two appointed leaders, former Chancellor Ron Galatolo and former vice chancellor of Facilities, Jose Nuñez, were implicated in a corruption probe by District Attorney Steve Wagstaffe’s office.

Makstman called the scandal a “big distraction” the board will need to rectify through establishing a strong oversight board and bringing in someone who can “clean house.” Pulling from his experience in city work, Makstman touted his knowledge in conducting audits, compliance experience and ability to build programming that would lead to greater transparency.

Guingona shared confidence in his ability to set clear expectations of future district management — the search for a new chancellor is currently underway after current Chancellor Mike Claire announced his retirement effective by the end of the school year — and noted he spoke with each trustee who assured him they’re working to tighten up district policy to avoid repeat transgressions, he said.

“Someone cannot create a kingdom, insulate themselves from oversight, hold off the free flow of information and stave off access,” Guingona said. “What happened was some board members were reluctant to cross their chancellor and weren’t assertive in that regard. I know exactly how to deal with solutions like that. I’ve been in situations like that.”

Makstman and Guingona are running for the Area 2 seat being vacated by Trustee Tom Nuris who was first elected to the position in 2018. Board President Richard Holober, who has served on the board since 1997, is running for reelection unopposed in Area 4.

This entry was posted on Thursday, September 8th, 2022 and is filed under Community, Headline. You can follow any responses to this entry through RSS 2.0. You can leave a response, or trackback from your own site.