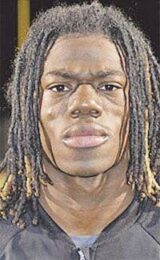 While the Bulldogs’ defense hasn’t had as dominant a year as they did in 2021 — when they were the No. 5 ranked defense among all California Community College Athletic Association programs — it’s still easy to see why Sekona has drawn rave reviews. Be it four fumble recoveries in a Week 1 victory over Sierra, or benefitting from seven turnovers in Week 4 in a win at American River, the CSM defense has a knack for spectacular showings.

What Sekona’s defense has done most consistently this season, though, is create havoc pressure with its persistent blitz packages. This was the name of the game in Saturday’s Bay 6 Conference opener as the Bulldogs (1-0 Bay 6, 6-0 overall) shut down Laney College for a 20-8 victory at College Heights Stadium.

“Week in, week out, we’re going to attack the quarterback and find ways to get to him,” Tulloch said. “As the season evolves, we have a lot of newer guys on defense and they’re growing.”

The win is the Bulldogs’ sixth straight to start the year, the third consecutive season they’ve done so. For a defense that ranks 28th in the state overall, the shutdown combination of man coverage and pressure rushing has proven lethal. The Bulldogs’ pass defense now ranks fifth in the state.

“No question, Malik works so hard,” Tulloch said. “He’s a guy that puts countless hours into watching film and studying the opponent and trying to be prepared. All the stuff nobody sees we see. And to have kind of a breakout game for him … I’m really happy for him.

“He’s twitchy and he’s explosive. And he’s a guy, when you send him, he goes,” Tulloch said.

Laney (0-1, 4-2) was a tall order for CSM’s pass defense. While Bulldogs freshman Richie Watts ranks fifth in the state in quarterback efficiency with a 165.4 QB rating, Eagles quarterback Demontre Thomas has been on pace in recent weeks. Sept. 17, in Laney’s 46-25 win at Siskiyous, Thomas was 21-of-29 passing for 224 yards and three touchdowns. The following week, in a 21-7 win over Contra Costa, he was 11-of-16 for 208 yards and two TDs.

CSM wasn’t nearly as welcoming, clipping the Eagles’ wings to the tune of 7-of-19 passing for 63 yards and two interceptions to go along with the four sacks of the sophomore quarterback.

The Bulldogs outgained Laney 331-180 in total yards. The Eagles didn’t score their lone touchdown until late in the third quarter with CSM having jumped out to a 20-0 lead.

The Bulldogs got on the board early in the first quarter. After their opening drive stalled, a 49-yard punt by Caleb Ojeda pinned Laney to its own 9-yard line. And a quick three-and-out — highlighted by Johnson’s tackle for a loss on second down — gave CSM the ball back with excellent field position at the Eagles’ 45.

After three straight runs by sophomore J’Wan Evans of 6, 5 and 2 yards, Watts went to the air, capping the drive with a 24-yard touchdown pass to Brendan Doyle.

CSM running back Ezra Moleni then heated up en route to his second consecutive big game. The sophomore totaled 21 carries for 131 yards — putting him over 300 yards for the past two games, after his career-best 171 yards in the Bulldogs’ final non-conference win over Butte — and his 10-yard scoring run with 10:46 to go in the half gave the Bulldogs a 14-0 lead.

Evans added 12 carries for 38 yards, but he and Moleni have been a consistently effective tandem out of the backfield. Historically, they are one of the most consistent one-two punches among CSM rushers in recent memory.

“One, they’re unbelievably great teammates,” Tulloch said. “So far as genuinely wanting to see each other do well, they’re extremely close … but they also have a little bit different running styles. So, it gives us kind of a changeup. And when you play the schedule we play, it’s hard for one back to take all those hits. … It’s great that they can balance the load.”

Sophomore kicker Gabe Plascencia accounted for the rest of CSM’s points, with a 21-yard field goal midway through the second quarter, and a 33-yarder nearly six minutes into the third.

But the highlight of Plascencia’s afternoon was the field goal attempt he didn’t make, a 50-yard shot at the end of the first half. Plascencia actually booted it through the uprights from the impressive distance, but Laney called timeout just prior to the snap, so the play didn’t count. The official try had plenty of distance, but it pushed wide right.

“He hit it pretty much the same way, but it got pushed by the wind,” Tulloch said. “But, like I told him, that’s life in the big city.”

Taniela Latu, Ja’ir Smith and No Ngalu added sacks for the Bulldogs.

Watts was 12-of-26 passing for 156 yards with a touchdown and an interception, his first interception of the year in 117 pass attempts. It was on CSM’s first possession of the second half. On the next play from scrimmage, the Bulldogs took the ball right back on an interception by freshman Sione Laulea.

“All I care is we get one week better each and every week,” Tulloch said. “Today we got the win but it sure wasn’t a perfect game. … So, we’ll get back up to work on Monday like we always do.”

The Bulldogs travel Friday night to Pleasant Hill to take on Diablo Valley College (1-0, 4-2). Kickoff is scheduled for 7 p.m.

This entry was posted on Tuesday, October 18th, 2022 and is filed under Athletics, Football, Headline. You can follow any responses to this entry through RSS 2.0. You can leave a response, or trackback from your own site.