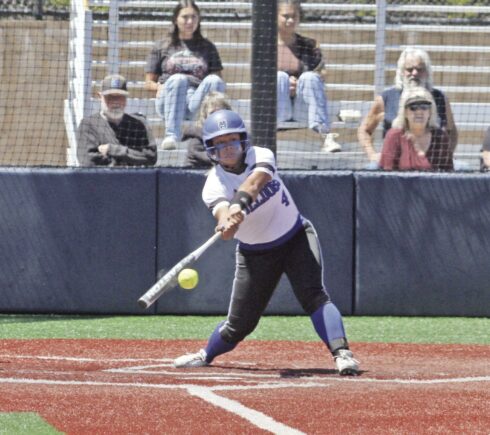 Left fielder Lafu Malepeai returns to anchor the defending champion CSM softball team. Malepeai, in addition to being named Daily Journal Athlete of the Year in 2019, she was named 2022 Coast Conference, Nor Cal and state tournament MVP.

Skyline College has taken the 2023 lead in local basketball with a 3-0 men’s and women’s record vs. College of San Mateo and Cañada so far in January.

CSM and Cañada will be looking for their first league wins when they clash at College Heights gym on Wednesday at 7 p.m. Both are off to 0-6 starts in the toughest of the state’s 12 community college leagues, the Coast North. The CN has five teams ranked in the state top 30 (out of 100 total team), headed by defending state champion and No. 2 ranked City College of San Francisco (18-2 overall).

CSM had started 7-0 in November non-league play, achieving a top-10 state ranking. The Bulldogs have dropped to an even 10-10 overall, although playing close Coast North games throughout January — hampered by losing their gym, which was designated a San Mateo County disaster center at the start of the New Year.

Skyline has fared better in Coast play, tied for fourth place. The Trojans won a close first round contest at CSM, 75-73, and then handled visiting Cañada last Friday, 87-66, led by Ofek Sirkis with 19 points and Serra grad Julius Alcantara (16 points).

Cañada has five players averaging in double figures, led by county pacesetter Miles Jones (13.6), who also has the most 3-pointers (57). Dominic Wilson paces Skyline scorers (13.4), just ahead of DeAndre Minor (13.2) –who has been scoring at a 16.2 clip in league.

Sophomore Lala Lautaimi leads Skyline (and the county) in scoring (16.1 points per game) and rebounding (9.8).

Fourth-place San Mateo dropped another close contest on Friday, 56-54, at Chabot. The Bulldogs led throughout the game, but they were outscored 14-6 in the final period.

Skyline starts it at 1 p.m., hosting College of the Siskiyous. San Mateo entertains Laney College at 1:30 p.m. Cañada travels to Sacramento City College at 6 p.m. – and will play a second game there on Saturday at 1 p.m.

Siskiyous will make it a full weekend in the county, meeting Skyline again on Saturday at 1 p.m., then moving over to San Mateo for games on Sunday (1 p.m.) and Monday (1:30 p.m.).

This entry was posted on Wednesday, January 25th, 2023 and is filed under Athletics, Baseball, Basketball, Men's Basketball, Softball. You can follow any responses to this entry through RSS 2.0. You can leave a response, or trackback from your own site.