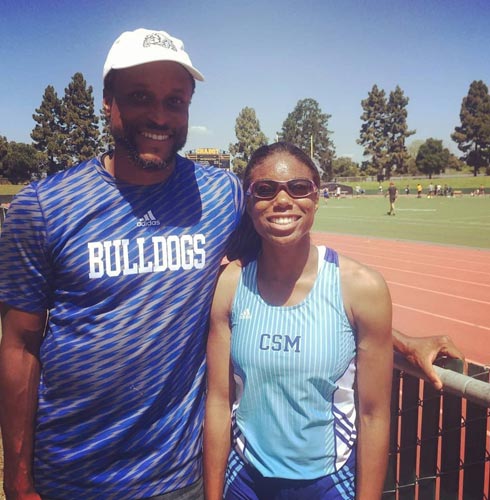 Trevithick, a sophomore out of Mills High School, cleared the mark on her first attempt to defeat current state leader Hanah Smrt of Yuba, who has a best of 5-4 1/2 so far this season. Smrt also got over 5-3 3/4, but on her third try, so the “countback” put her in second place.

Trevithick, who also placed second in the triple jump at 33-4, had equaled her previous high jump best of 5-1 a week earlier at the Sacramento State Hornet Invitational.

While Trevithick won the last women’s event, CSM thrower Taina Livai started off the day’s activities with a victory in the women’s shot put at 35-2, just a foot shy of her best. The freshman from Mills later placed second in the discus throw, improving her personal best to 114-0.

This entry was posted on Friday, March 23rd, 2018 and is filed under Athletics, Track & Field. You can follow any responses to this entry through RSS 2.0. You can leave a response, or trackback from your own site.