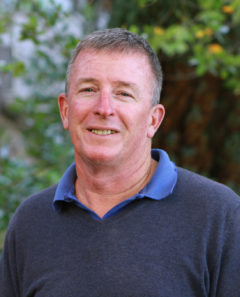 This summer, the inspirational former CSM Track Coach Joe Mangan was inducted into the California Community College Cross Country/Track and Field Coaches Association Hall of Fame. The induction ceremony was held August 4 at the group’s annual convention in Walnut Creek.

For nearly 40 years, Joe Mangan has served student-athletes in California, with the past 35 at a California community colleges. Mangan served as head coach at CSM from 1996 to 2016. During his coaching career, Mangan guided 96 conference champions, 24 regional champions and 12 state champions in track & field along with 19 top 10 regional finishes and 5 top 10 state finishes as a team. In cross country, he guided 3 regional cross country individual champions and 5 top ten individual finishers at the state championships. Mangan was named the 2013 California Community College Men’s Track & Field Coach of the Year.

Mangan’s coaching career began in 1981 at Homestead High School in Cupertino. He continued on to coach at Foothill College, Indiana University, where he helped lead the Hoosiers to two Big Ten Conference Indoor Championships and many other honors.

Mangan also remains active at CSM where he has served on the Academic Senate and on numerous campus wide committees. A trusted friend, advisor and mentor, Mangan has guided and inspired countless numbers of athletes and coaches.

This entry was posted on Thursday, October 25th, 2018 and is filed under Athletics, Awards, Cross Country, Headline, Track & Field. You can follow any responses to this entry through RSS 2.0. You can leave a response, or trackback from your own site.