CSM ‘huddles up’ for social change 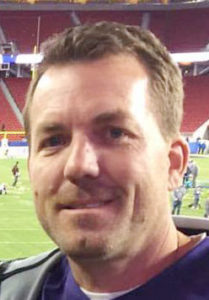 As College of San Mateo head football coach Tim Tulloch watched on TV Saturday the civil unrest in the wake of the killing of George Floyd unfold, he knew he needed to do something.

Over the next several days, he put together a panel of speakers that spanned all the different decision makers and law enforcement leaders on the Peninsula — from police chiefs to college administrators to fellow coaches and even players.

Wednesday, they all came together to “huddle up” for a video conference and start meaningful conversation about making real social change.

“Athletes and coaches are in a unique position,” Tulloch said before Wednesday’s meeting. “In our community right here, our young men, we need to give them a platform. They have such a strong voice. This generation, what I see with our kids is, they’re more diverse, more tolerant, more informed than any other generation in my lifetime. And they want to take action and do something about it.

“I think this generation can make history and be part of a social revolution.”

Wednesday’s discussion was an extension of curriculum the CSM football coaching staff already employs. Tulloch said talking with players about being agents of change and being leaders in the community is something that the football team has been doing for years.

“We have a program where we’re constantly working with our guys. It’s education on life,” Tulloch said. “We have officers come in and have police-relation workshops. [Law enforcement] who come in and help our guys understand police relations from an officer’s standpoint and help break down walls.

“All the workshops [we’ve] done has been so good for our guys. With everything going on right now, we want to be responsive and [our players] want to have a voice.”

Andre Bray, a former Terra Nova and CSM football standout, is now a training officer with the San Mateo County Sheriff’s Office. He described his experiences of racial profiling as a young African American growing up in Daly City.

“I could have been anti-police,” Bray said. “But I wanted to be the change I wanted to see.”

Bray said there were three main things law enforcement needs to do, the most critical being education.

“Not just school (education) … but awareness of cultures,” Bray said.

The meeting included both the police chiefs of San Mateo and South San Francisco, Ed Barberini and Jeff Azzopardi, respectively. Both seemed eager to institute a new generation of policing.

Azzopardi said that getting rid of the bad cops is tough and even with the most careful vetting, bad people still get through.

“It’s hard to fire and get rid of police officers. It takes a lot of effort,” Azzopardi said. “You got to hire the right people and sometimes you get fooled. The first kid I hired, he fooled us. We found out the dude was a bad cop … and I got rid of him.”

Barberini said he struggled with the decision to relieve an officer of his duties, mostly because he was afraid of what the rank-and-file would think. He was pleasantly surprised and encouraged by their response.

“The rank-and-file agreed (with my decision),” Barberini said. “There was an understanding among the officers (that this was the right choice).”

Dr. Joseph E. Marshall, executive director and co-founder of Alive & Free and has worked on reforms inside the San Francisco Police Department, said it’s most important that law enforcement agencies have some kind of civilian oversight committee.

All of those in attendance agreed that Wednesday’s meeting was simply the first step in what needs to be many discussions about racial issues on the Peninsula, in the state and the country.

“This is a marathon, not a sprint,” said Andre Aikins, executive director of Motivating Innovators, who served as the meeting’s moderator.

“This is a national and global issue that has to start at the local level,” Tulloch said. “This not kumbaya and you move on and nothing changes. Nothing has changed. It’s the same chapter over and over again. What we have to do is put a ‘The End’ at the end of this book and start a new book.”

This entry was posted on Thursday, June 4th, 2020 and is filed under Athletics, Football, Headline. You can follow any responses to this entry through RSS 2.0. You can leave a response, or trackback from your own site.